Seattle getaway...part 3...one is not enough but 4 might be too many!!

Happy Saint Patrick's Day!....there was a large parade in Seattle on the 13th....firetrucks, those futuristic looking steel DeLorean cars, bagpipers, men in uniform, Irish water spaniels, kilted men and women, and later we discovered a festival. Green was the theme...shamrocks, green garb, hats, beads, costumes, a sea of green...it was wild!  There were Irish dancers on stage, face painters, stalls for all things Irish....
I salute the Irish today...my grandmother and her kin....the Hollins clan! 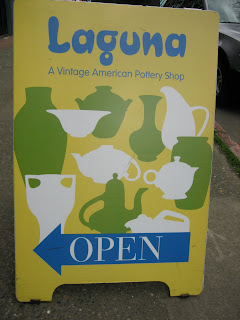 We have been going into Laguna for years. They were one of a few retailers that sourced and stocked quality arts and crafts pieces. Wellers, Rookwood, and Gruebys in matte greens would take my breath away. 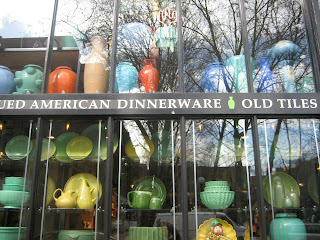 Cacaphony of colour and form. 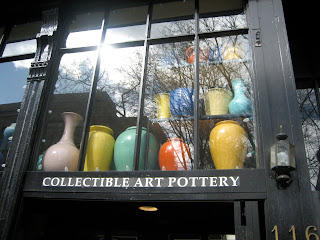 We browsed inside but did not buy, The Humble Bungalow is full of pottery...and most of it green!
One of my goals was to hunt for a pair of ballerina flats, I had a vision in mind and I looked long and hard and did not find what I was envisioning...I know my dream pair are out there I just haven't seen them yet.


I did not let that deter me in my quest for footwear...it started so innocently...Mr. HB and I had embarked on an early morning walk and found ourselves outside The Nordstrom Rack, (I'd been there before!) we were there before they even opened!
There were a few other couples, Starbucks in hands, noses pressed to the glass...eyes on watches checking the time...and a rush ahead as they hurried in.
After a cursory check of the leather bags I headed upstairs...to shoe territory...hundreds of shoes, maybe thousands...in size categories on shelves stacked 2 and 3 high. I tried on an obscene amount...."When in Rome"....I narrowed it down to 4...
(I was planning on another edit but Mr. HB said "just get them all"
A man after my own heart!)
The shoe reveal....
Stickley, the Bungalow cat was "somewhat keen"(YAWN) to see us after our weekend.
She had been tended to lovingly by her favorite Bungalow Gal, lovely daughter.
I insisted that she humour me and see what would come out of the bag. 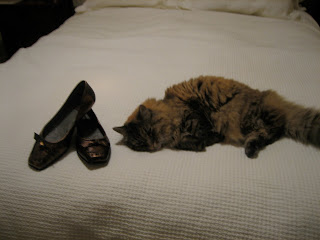 Born Bow fronts
(Yawn, I am not amused) 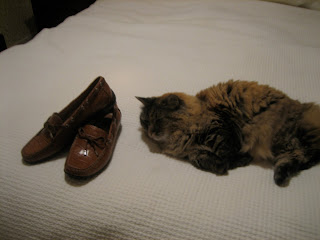 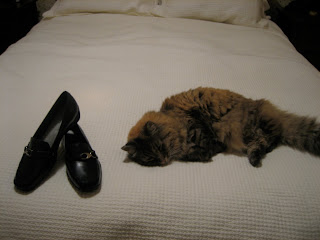 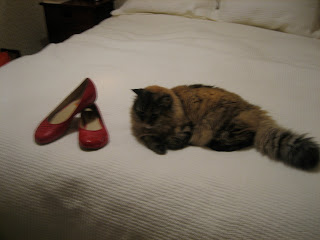 Miz Mooz
(You woke me up, now I see red!)
Loafers are a standard and basic shoe for me so I got 2 pairs as replacements for my weary ones.
The antiqued Borns are just for fun, and the Reds are to replace my BCBG girls flats.
I am doing a happy dance now! 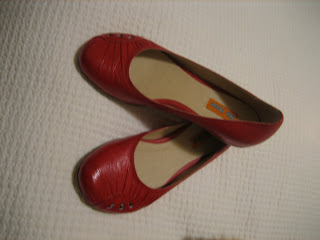 I have some more loot, see you tomorrow....
Posted by hostess of the humble bungalow at 5:43:00 AM 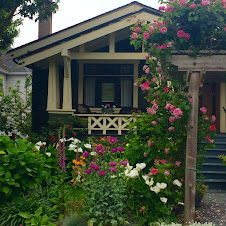 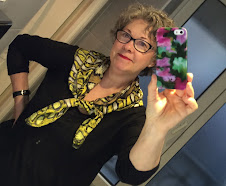 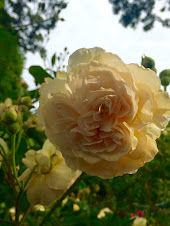 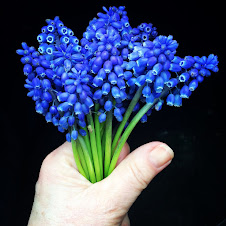 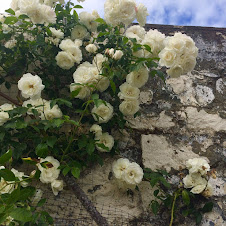 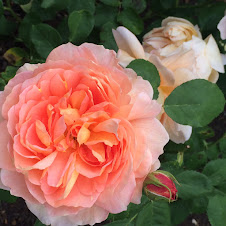 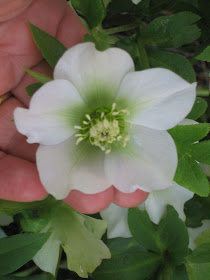 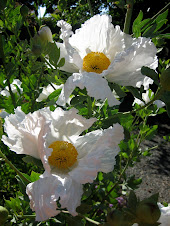 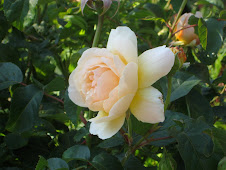